Home / Sentinel Node Examination
Write your question or ask for a callback.

Lymph fluid drains from the breast tumour area to the axilla (armpit). The first lymph nodes in the lymph duct routes stop and eat cancer cells and they are called sentinel nodes. They are marked with isotope mapping by injecting technetium isotope into the breast tissues before the operation. The isotope is then detected during the operation using a gamma detector.

The evacuation of the armpit lymph nodes is done if the disease is widely found in the sentinel nodes. Prior to the operation, suspected lymph nodes are examined by ultrasound and fine needle biopsy. If the metastasis of lymph node is found, the evacuation is performed. 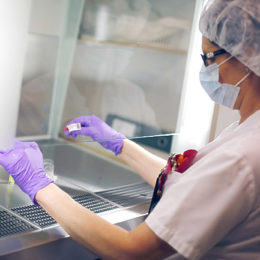